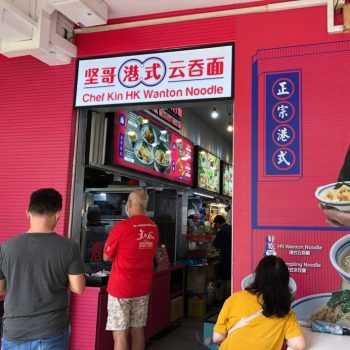 When it first opened, queues were lasting up to one-and-a-half hours! A testament to how yummy the food is! However, it has now decreased to around 30 to 40 minutes during peak hours. Opened by the former executive chef of Crystal Jade Culinary Concept Holdings, he is now expanding his crowd-favourite wanton mee stall with two new outlets!

The good news is that you no longer need to travel all the way to Yishun for a taste now! The first stall will be opening at a kopitiam along New Upper Changi Road in Bedok