Now till 31 Aug 2022: Free Smile Assessment with Extra Discounts on... 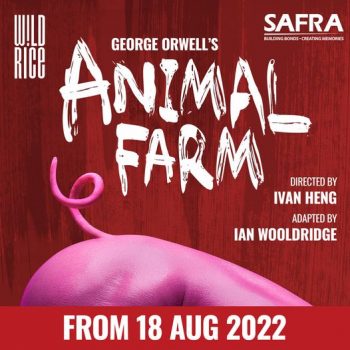 SAFRA Deals Singapore is having their Wild Rice’s 20th-anniversary production of Animal Farm Promotion. Led by the pigs, the animals of Manor Farm overthrow Farmer Jones. But the ideals of their revolution are gradually subverted by cunning propaganda and the insatiable lust for power. A triumph of physical theatre, live music, and innovative design, Wild Rice’s 20th-anniversary production of Animal Farm proves that George Orwell’s dark fairy tale is more relevant than ever today.